Menu
HomeMediaNewsNikoloz Chikovani: What Was Last Year Like for Georgian Manganese?

Nikoloz Chikovani: What Was Last Year Like for Georgian Manganese? 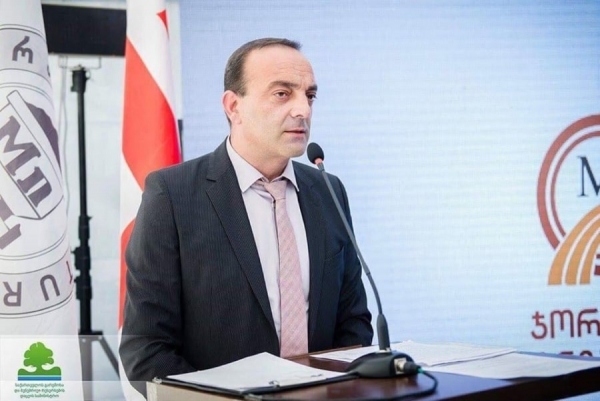 Georgian Manganese is one of the largest production companies in Georgia, which employs over 6,000 people and creates 6% of the country's export. Regardless of the world pandemic, GM hasn't stopped working even during the emergency state. What was last year like? What has changed in the Imereti region, where GM operates? Why was there a need to extend special manager's term after 2020? What are this company's plans and aims for the future? - we talk with GM special manager, Mr Nikoloz Chikovani.

How do you evaluate last year and what problems production business faced due to Covid-19?

First of all, none of our production sites stopped operating regardless of epidemiological difficulties. Our employees’ safety has always been our priority, so we still conduct mass PCR testing and follow MOH and National disease control center recommendations.  As for problems in the heavy industry – this sector was hit from two sides: price of the final product and significant cuts in sales. However, we have overcome the difficulties more or less, but the company still has a lot of work to do. We hope to return to the usual schedule and go back to the export markets.

At the same time, ecological projects that we started under my management never stopped. As you know, special manager is appointed by the government. I must present results of certain work in the court every month and I have fulfilled this obligation at all stages.

Tell us about ecological projects, what problems have you faced in May 2017, when the government appointed you as special manager?

I was appointed in 2017 because Chiatura had been in a difficult ecological situation for a long time, bordering ecological catastrophe. Disregarding numerous fines and alerts from the government, GM management did nothing to improve the situation. I suppose I was chosen due to my experience, as I had worked at the Zestafoni ferroalloys plant for many years.

First, I was appointed for three years and had a task to present a detailed plan of action on improving the environmental damage in the area. I presented my plan to the court and explained how the company would operate under its license and under my management.

What did the plan consist of?

The plan foresaw creating ecological and melioration service, which would control and evaluate the situation at the plant. We also conducted full ecological audit and equipped ecological laboratory for management of production waste. Step by step, we were supposed to reclaim the land. We removed open trucks from the streets of the city and found measures to protect the River Kvirila from waste. We built and started using a new plant. In the first three years, we managed to take many successful steps. When I was appointed, the law did not oblige me to coordinate my decision with the company management, but on my own initiative we agreed to coordinate all actions.

What about land reclamation, how much work has been done?

Land reclamation has not been done in Chiatura for years. Hundreds of hectares of land have been abandoned. Now we regularly conduct restoration works in the quarries. According to our plan, we will cover at least 50 ha per year. Currently, the company has a full description of its territory, where land reclamation should take place, including the areas where the so called “cooperators” work.

One of the most important implemented projects was building the new modern ore processing plant with the German AllMineral company. According to its new technology, production process will take place as a closed cycle, which means that production waste will not be dumped into the river.

In 2018, a project on protecting the River Kvirila was implemented to divide it from the agglomerate, which had been stored at the Central factory.

I cannot but mention establishing a new rail terminal in Chiatura in 2019, which allows to transport manganese ore to Zestafoni plant by railroad now. This has taken damage to the environment to the minimum. At the same time, it has solved the issue of making the asphalt dirty. We have established eight car washes in the key areas of truck movement. We have also purchased eight special washing and cleaning equipment trucks, which operate in the cities where we work and clean the place from dust. Both municipalities use these machines to clean up. During the pandemics, we disinfected the cities with special liquids as well.

We have finished repairs of a furnace of 22.5 MWt at the Zestafoni ferroalloys plant. It took us six months. Now it produces 70 tons of additional product per day, which has increased our general productivity by 10%.

We have taken serious steps to remove illegal mining and prevent environmental violations in Chiatura. In fact, the vicious practice of stealing ore is eliminated.

Numerous projects of social responsibility, which we implement regularly for both regions, continue. In Zestafoni and several of its areas we planted 25,000 trees last year. We also planted a 4.5 km strip of tree windshield to protect the nearest villages from the plant dust.

A very important pilot project has eliminated dumping waste from the 29th factory into the river in Chiatura. We have reached the goal of keeping the water inside the production cycle and using the byproduct waste again.

As for the new projects in mind, we plan to create new factories. We plan to build a cleansing station, continue to reclaim land and resolve other ecological issues.