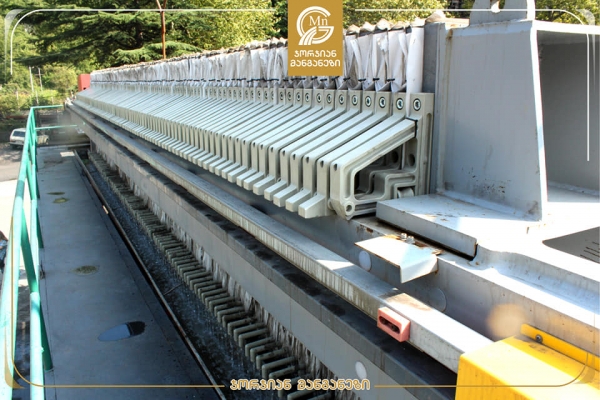 The first project on water purification in the River Kvirila has been successfully launched in Chiatura, which will result in a significantly better water quality in the river. The water used in the production process will no longer be dumped into the river. Water and sludge separation is taking place locally.

Production process will not affect the environment and river pollution is ruled out. A closed-circle production is one of the promises that Georgian Manganese had given the population in terms of environment protection.

The company has invested serious funds into the modern technology and equipment.

Deputy minister of environment protection and agriculture Yuri Nozadze, state representative in the Imereti region Zviad Shalamberidze, and a parliament member Sulkhan Makhatadze were present at the opening ceremony in Chiatura.

Soon enough, a similar project will be implemented in the other GM’s factories, while this kind of technology is brought into Georgian production for the first time ever.